The La Blache Property comprises 48 claims and covers 2,653.25 hectares of ground approximately 100km north of the community of Baie-Comeau, Quebec. The property is part of the La Blache Anorthosite Complex and hosts the Farrell-Taylor magnetite-ilmenite deposit.

Originally discovered in the 1950’s, various exploration programs have been conducted through the years. The most advanced study results were presented in a 2012 report from SGS. Drilling on the property led to an historic estimate in 2012 at the Farrell-Mason and some satellite prospects, which require further work. Preliminary metallurgical work has also been conducted resulting in high recovery of Iron, Titanium and Vanadium from the Farrell-Taylor deposit. 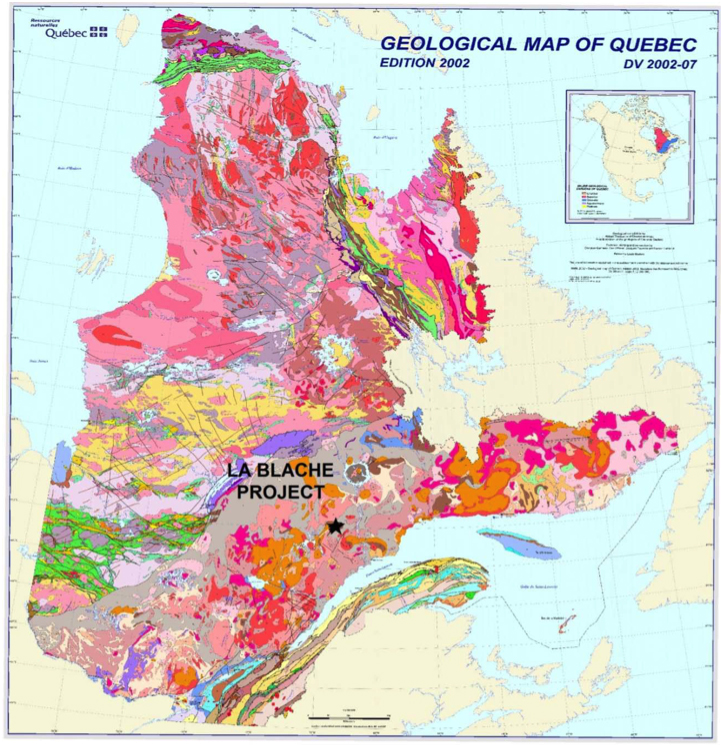 The Farrell-Taylor mineral occurrence has been the focus of exploration, culminating in the report “NI 43-101 Technical Report: Resource Estimation of the La Blache Project Cote-Nord, Quebec, Canada” published May 14th, 2012 by SGS. This report included an historic estimate which confirmed not only the presence of several massive to disseminated oxide occurrences, but also their continuity and consistency for Iron, Titanium and Vanadium grades in the mineralized zones.

In accordance with NI 43-101 as defined at the time, the historical estimate used the terms inferred mineral resource having the same meanings ascribed to those terms by the CIM Definition Standards on Mineral Resources and Mineral Reserves, but are not defined by the modern standards.

This historic estimate is the most recent conducted on the property.

An independent Qualified Person has not done sufficient work to review the historical data and historical estimates to determine what further work would be required to write an updated current Technical Report in accordance with NI 43-101.

The Grenville consists of gneiss domes and basins with complex and irregular structural patterns, intrusive rocks of variable composition, from gabbro to alkaline rocks. The lithologies are divided into three major units: the gneissic and intrusive rocks of varied composition of the Hulot Complex, intrusive rocks that include the east-west trending La Blache Anorthosite Complex, and late cross-cutting gabbronorites, gabbros, diabase, mangerites, granites and pegmatites. La Blache Anorthosite Complex is an almost ellipsoid batholith of 35 km by 20 km within intrusive rocks that extends for 100 km The mineralization on the property is composed of veins, dykes, lenses and tubular bodies of massive titaniferous magnetite linked to anorthosites.

The resources necessary for a mining operation (labor force, supplies and equipment) are readily available, as the Côte-Nord area is served by geological and mining service firms in the Sept-Iles-Port Cartier area and in Labrador City, Labrador. The economic and industrial development in the region is based on mineral, forest and hydroelectric resources. The area is served by the shipping port of Baie-Comeau, which is navigable year-round. Baie-Comeau, with more than 30,000 inhabitants, is the closest city with a full range of services are available there. 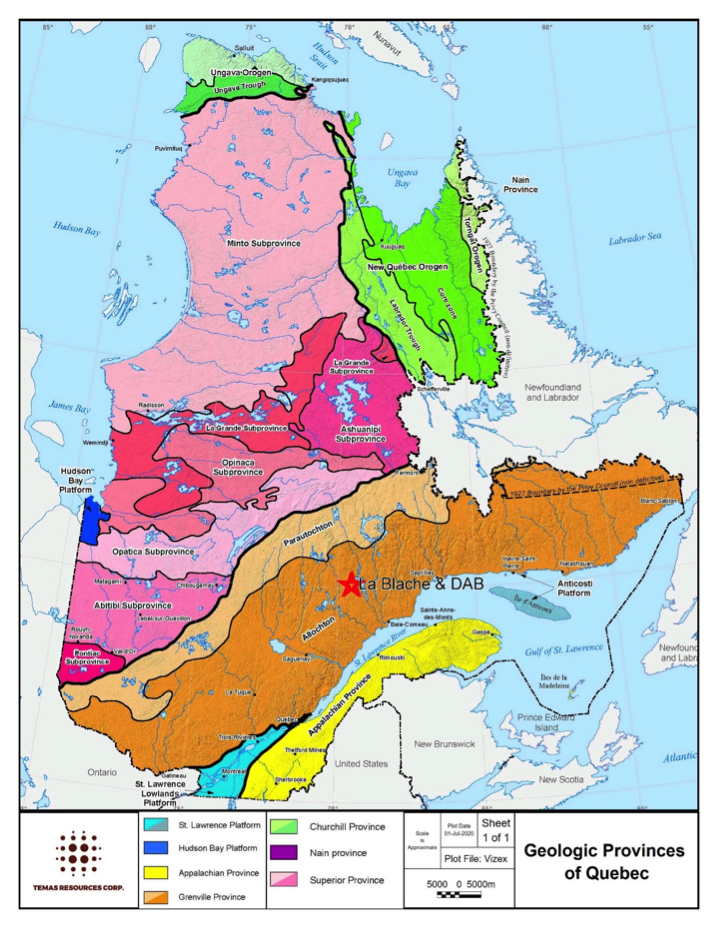